What happens when you mix Fantasy football with Walleye Fishing?  The result is a banana suit???  Let me explain…

For the past two season, a group of MyFishingPartner.com insider’s circle has had a Fantasy Football league run by our Commissioner Chase Eberly.   Well that’s not newsworthy by any stretch of the imagination, but the season trophy is something to discuss.

The high honor, or some would say horror, goes to the team which finishes last.  We exchange no money, but rather play for the opportunity to avoid embarrassment. For the loser there stands the opportunity to wear the “losers banana suit”, the ultimate fear for any walleye angler.

Bananas are bad luck to any water-going vessel or person.  The superstition dates back to ancient times where bananas were deemed unlucky for several reasons.  Bananas spoiled quickly and when consumed spoiled made sailors ill.  They often carried dangerous insects onboard the ship inside the fruit/peels. When a boat did wreck, bananas were often found floating at the area of the accident.   Bananas are taboo by most every tournament fisherman of any species in North America, including industry superstars like Mike Iconneli and Kevin Van Dam.

In 2015, our loser was supposed to cut an education fishing video donning the full banana suit.  This person, who will remain nameless to avoid industry wide shame, shirked the duties, and moved out of state (some think to avoid wearing the suit).

Our 2016 “loser” goes to Matt Opperman.   “Team Master Baiter” finished the season with just five victories and the honor of wearing the suit.  This year’s challenge was to wear the suit for an entire day during a walleye tournament along with filling their boat with real bananas.  Matt has chosen the Swamp Donkey Walleye Tournament in De Pere, WI on March 25, 2017—probably a smart move given that many of the tournaments that Matt fishes include TV coverage but Swamp Donkey does not.

Captain Ryan Foster of Crazy Eyes Guide service in Kaukauna WI stated, “It’s just better to wear the suit for this one tournament than worry it’s raining bananas the whole summer and finding your live well is full of them (every tournament).” 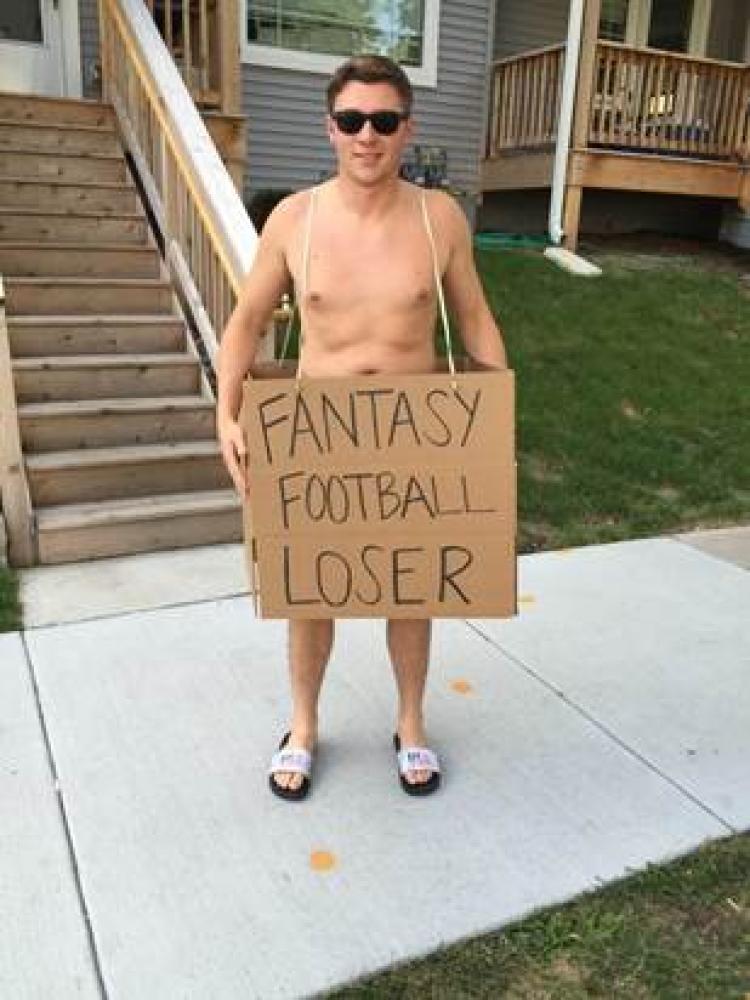 Mike Steinke (West Allis, WI) had to hand deliver the banana suit to the Swamp Donkey Bait Hut this weekend.  “I knew the consequences of hand delivering the banana suit before a fishing trip.”  This weekend Mike’s main motor and trolling motor broke down after delivery.  “Matt better follow through since he ruined my trip,” said Steinke.

Despite this history of bad luck,winning the league has netted some good luck.  Mark Rasmussen won the 2015 “Wisconsin Waters and Woods” grand prize at the end of the season.  Mark Schram won the 2016 pan fish division on the same TV show.  Both of these “wins” happened after each angler took first place in the MyFishingpartner.com league in the same years.

We certainly will post photos in several weeks if Matt takes the honorable course of action.  If not, the banana curse will follow him to wherever he may relocate to in the future.