Lake Winnebago and surrounding areas have encountered early spring conditions for several weeks now.  A short period of warm weather sparked the walleye and sturgeon spawns, as water temperatures rose quickly early last week.  Water temperatures rose into the 50-degree plus ranges on the Wolf River, with many of the sloughs with warmer temperatures pushing closer to 60 degrees.

The Wolf River is nearly two feet above flood stage, with the river spilling out of its banks.  Many of the local Wolf River launches are underwater or significantly impacted by the high water.  This area has a no-wake order for boats to protect buildings and habitat.  The discharge (current) is ripping through the river, and anglers are reporting moving at 3.5-4 mph down (no power) the river without drift socks.  Normal discharge this time of year is between 3000-4000 cubic feet per second, and the river is now outputting better than 9,000 cubic feet per second.  Water levels are currently falling.

On Sunday, Lake Poygan registered water temperature at 57 degrees.  On Lake Winnebago, water temperatures were 50.3 in Oshkosh, 53.2 in Fond du Lac, and 50.1 in Menasha.  On 4.25.19, Fond du Lac reached temperatures of 56.2 degrees, before dropping with the cold front and light snow.  Water clarity is variable throughout the system, with Lake Winnebago getting muddy after the winds on Thursday.  The East Shore and South Shore were impacted the most, and a mud line could be seen from the satellite images. 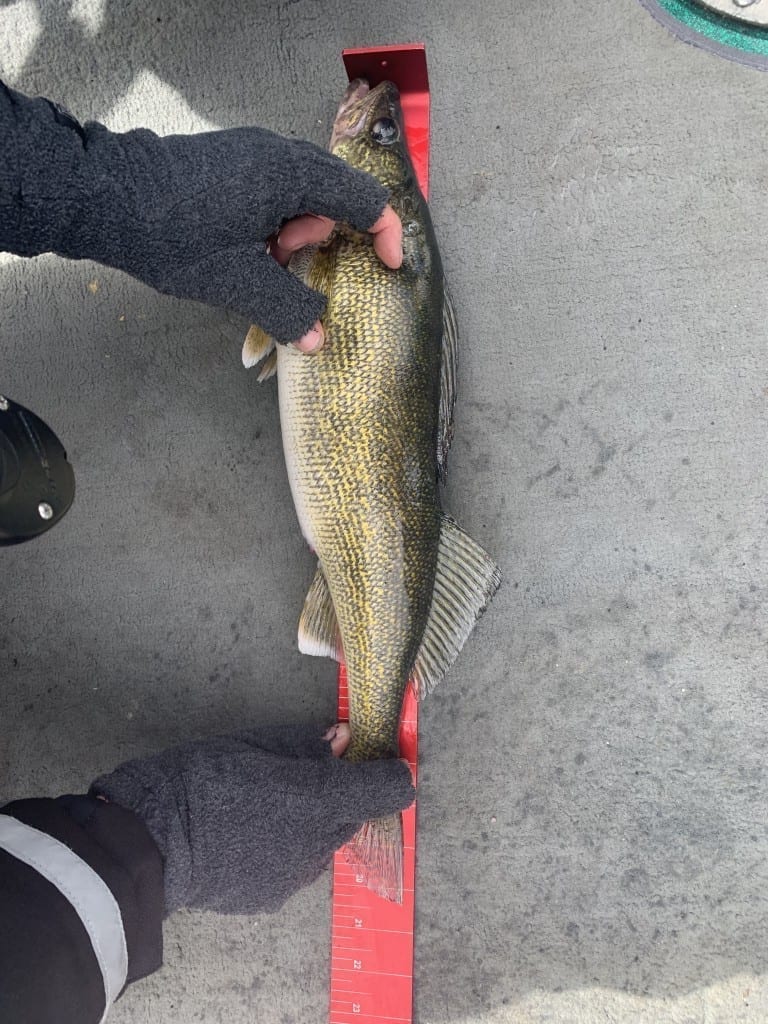 Given the warm water and heavy current, walleyes are moving through the system very quickly in 2019.  Post spawn, the walleyes are located high in the water column and riding the current downstream, many all the way out to Lake Winnebago.  Normal exit points of Lake Poygan, Lake Winneconne and Lake Buttes des Mortes have hosted fewer post spawn fish than most years.  The walleyes are also seeking food, and the stops along the way have had less forage, thus pushing them through the system.  Waves of fish are pushing thru the rivers/upper lakes for a short period of time, and then the area will go quiet awaiting the next school of fish.

Walleye anglers have been struggling to find eyes in the larger ranges.  While the Fox River in Oshkosh continues to pump out male walleyes in the 11-16-inch range, large females have been tougher to find on the system.  The river fish have been attracted to flies being pulled/pumped upriver in most cases.  Current breaks, like bridges, will also hold fish as they wait to ambush prey coming down the current.  Target these areas with a jig and meat.

The shallow water areas outside of Oshkosh are holding better walleyes.  Running small to medium size crankbaits (which have rattles) has done well for mid-sized walleyes.  In muddy conditions, be sure to bang the crankbaits off the rocks in the transition zones near the river to attract the fish.

The backwater areas, such as the channels, feeder creeks, and harbors on Lake Winnebago have had active fish coming into the warmer water.  In general, the channels and feeder creeks are running about 3-5 degrees warmer than the main lake.  This has drawn in crappies and perch.   There also have been pike and bass roaming in these areas.  The Stockbridge Harbor has had some solid reports of crappies this week.  The big hole in Fond du Lac is largely silent.  With the boom class of 2016 for black crappies, this spring could be fantastic for above averaged sized fish.

White bass have entered the river systems and are staged to spawn.  Normally the spawn is around Mother’s Day, so the fish are slightly ahead of schedule in 2019.  However, after the VHS (Viral hemorrhagic septicemia) impact in the Spring of 2018, the overall population of white bass is down significantly from the 2011 peak.  2018 young of the year census for white bass was the second lowest on record.  High water will also make the white bass hunting a little more difficult in the rivers.  With that said, there will be some excellent catch reports coming in the near future from the Fox and Wolf Rivers.

Sturgeon spawning is active in the Wolf River and Shawano Dam has significant activity as of Sunday.  However, the WI DNR expects the end of the annual ritual on Monday or Tuesday. 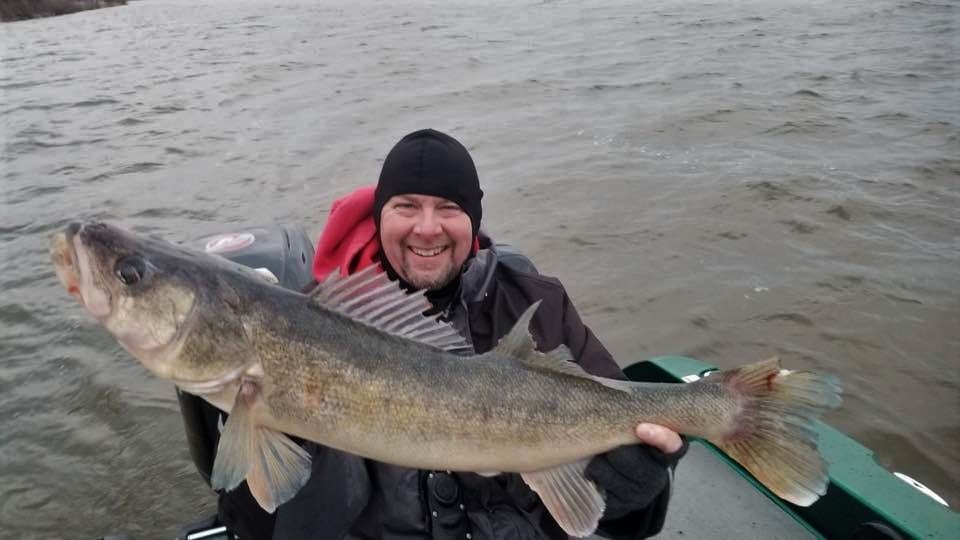 My efforts have solely been on the Fox River in Green Bay to date.  The end of the spawn concluded early last week on the river for walleyes, and the boat launch parking lots have become vacant.  However, there are still some large females cruising through the shallow water.  The carp have moved into the dam area in De Pere, WI preparing for their spawn.  Another outstanding year on the Fox River for trophy walleyes.

The Cabela’s National Walleye Tour is on the Winnebago system this week.  The best of the best will be competing for glory, likely in the shallow water of Lake Winnebago.  Given the difficult post spawn bite, it should make for an interesting tournament.  Watch closely for the winning techniques, as it will tell you a lot about the progression of the system this spring.