Illinois allows pitchforks, other new tools to be used for hunting catfish in 2017

Illinois allows pitchforks, other new tools to be used for hunting catfish in 2017

You’ll soon be able to catch catfish in Illinois with a variety of hunting tools, including pitchforks.

The law already allowed for some fish to be taken with bow, underwater spear guns or pitchforks, but the update adds catfish to the list effective April 1.

State Rep. Tim Butler, R-Springfield, said the bill came up for debate during a lull this summer and may have caught some of his Chicago-area colleagues off guard. 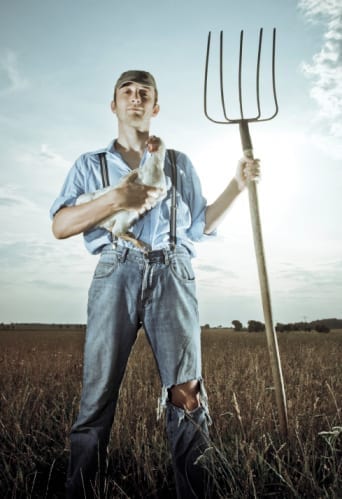 “I would imagine there’s not a whole lot of people off Michigan Avenue near the Chicago River taking fish with pitchforks,” Butler said. “We might have people going to the capitol with pitchforks for some reasons, but certainly this probably was news to some of my colleagues from the city of Chicago.”

Butler said the idea isn’t new to his constituents.

“These are ways we take fish in the state of Illinois and across the country and certainly I know, especially from the bowfishing perspective, that’s a fairly popular activity with folks. So certainly nothing new to those of us who represent rural areas,” Butler said.

IDNR said there is no daily limit because biologists don’t see an impact on the fish populations.

Meanwhile, IDNR reminds anglers when ice fishing to stay off ice that is less than 4 inches thick and carry a rope or flotation device when offshore in case of falling through cracks.